Review of “Baluchi Romances in verse”

Review of “Baluchi Romances in verse”

As some of you may know Dr. Jahandideh recently has published a new book titled “Baluchi Romances in verse”. He is doing a lot of filed researches about Balochi literature. In this book we can see a corps of traditional Balochi romances. Hani and Shaymurid and Eizat and Mayrok are some of the classical Balochi poetry. 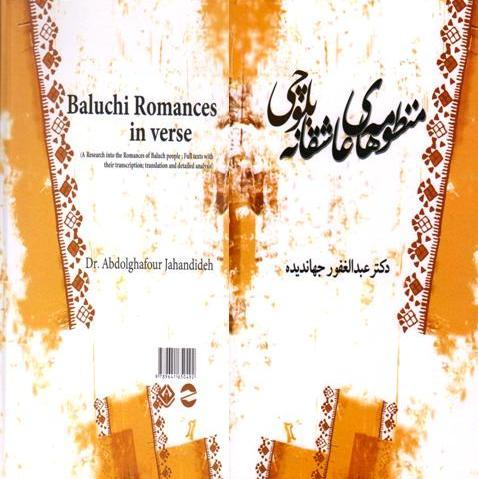 At the beginning chapter, author is trying to explain Balochi literature. Lyric poetry, description of the lover, form of poetry,theme of lyric poetry, conflicts, deception, beginning and ending of this kind of stories has been discussed. The author tries to add some examples and review of literature from neighbor languages like Persian to illustrate the main features of lyric poetry specially in Balochi.

The main stream of the book begins with Hani and Shaymurid story. At the end of the book we have Eizat and Mayrok story. All chapters are well-formed in order to be discussed in details about every story and its structure. Although some the starting stories and chapters has been reviewed in more details,the ending one are poor in this regard. The write could add some social aspects to his review of these stories. For example he could explain the result of each stories in the future of society or add some explanations about impression of the stories on the Baloch society.

Poor review of some stories is one of the shortcomings of the book. The writer rewrites some of the details of the stories in his review,however, he has expressed them in previous part.

Shahdad and Mahnaz, BiBagr, Kiya and Saddo are some of the characters of Balochi Romances which has been properly discussed in separate chapters. Dr. Jahandideh could add more details to the latest parts like the story of Eizat and Mayrok and Haydar and Samanbar.

One of the good points of this book is gathering of old poems. Although Faghir-Shad in his Miras(Heritage) gathered a lot of Balochi poems,He didn’t explain them and not adding his reviews. Phonetic writing and Persian translation of the poems are the priority of Jahandideh’s work over Faghir-Shad’s.

At the end I should express my delightfulness about this work because it can be a start for gathering different traditional Balochi poems and new era in Balochi literature.

p.s: I find some typos and errors which I’ll send them privately to Mr. Jahandideh.